What are editorial policies and editorial firewalls? Learn who determines which stories are covered in the media, and in what format.

Quiz: Behind the News

How Does a Story Get to Us?

Starting the day with a cup of coffee and browsing the news online is a routine for many of us. Have you ever considered who determines what news you see and what that process looks like?

There are innumerable things happening in the world around us, which means there are always more potential news stories than media outlets have the resources to cover. Information needs to be filtered to separate what is relevant to the reader or viewer. There are many complex factors that contribute to the type of news stories we see and which of these make an impression on us. Popular culture can sometimes inaccurately portray how newsrooms function, what journalists do every day, and who journalists are.

How are newsrooms structured?
Newsrooms usually have several different departments, and some of those departments have “firewalls” between them. A firewall is an invisible barrier that keeps two sides separate from each other. For example, the influence of a news outlet’s owners and the marketing department should be kept separate from its editorial board. Journalists and editors should be able to make decisions on what to publish freely and independently from the interests of the advertising department and owners.

Departments at a media outlet often include:
– Reporters who cover different “beats” (or topics), such as crime, sports, national politics and foreign affairs
– Editors and producers who direct the tone and content of the outlet’s publications

Ultimately, editors should be responsible for selecting the stories that their outlet covers.

How does an editor decide which stories to publish?

There are many complex and intersecting factors that contribute to how journalists and news outlets decide what news to cover and how to cover it. Understanding this can help us be more aware of what we see and why.

While balancing expectations, civic duty, and readers’ preferences, the editors serve as a filter and watchdog for information from those who want to have a controlled and positive image in the media (like politicians who want to emphasize their accomplishments), and those who want to uncover or cover hidden activities. Editors decide what to include in the media’s agenda and what is left without attention. Here are some criteria they take into consideration:

Reader preference and shareability
Media outlets want to ensure that people consume and engage with their content. When that content is online, media outlets want people to click on and share their stories. Each publication has a certain audience in mind and that audience expects certain content from the publication. Therefore, some outlets try to fill their own, specific niche. For example, a fashion magazine might dedicate an entire issue to Paris Fashion Week, while a business magazine might not even report it.

Societal relevance
Journalists who cover important local, national, and global events often feel that they have a duty to inform their readers and help identify crises and issues we might face. This is one important reason why major outlets write about natural disasters, political crises, misdeeds by people in power, pandemics, wars, and other important events or issues.

Media outlets tend to report mostly about what’s happening in their country or region. Local media mostly report about their city.

Stories about groups or nations are perceived to be influential or culturally and historically familiar to the audience. This is the reason why the US is covered more extensively in the Baltic media than, for example, Slovakia, despite its proximity.

Celebrity and power
If a well-known politician or a famous actor does something, the story is far more likely to be covered than if your neighbor does the same thing.

Competition
Often, if one outlet covers a story that engages readers, others will follow suit. Sometimes outlets try to distinguish themselves from a unique angle or approach to the story, but they want to cover events others discuss to be a part of important conversations.

Exclusivity
If an outlet knows it has a story that no one else has, and which is sure to get attention, it has a major incentive to publish it and emphasize it did so first to show their readers that their content is worth buying and consuming.

News editors generally prioritize events that happened recently over those that happened weeks or months ago. The 24-hour news cycle moves quickly and can influence what journalists cover and how long they spend on a certain story.

Stories that have arresting photographs, video, or audio are of special importance to TV and radio stations.

Stories that set or fit the news organization’s own agenda, whether ideological, commercial, or as part of a specific campaign are likely to be published. For example, Latvian public media decided to invest significant time and resources to covering stories about orphanages and support received by parentless children.

Finally, the stories we read, watch, and hear are not just the result of editors’ choices. Each of us is responsible for the news we consume. We choose what to read and spend time on. The more we click on entertainment news, the more likely it is we will see it on our social media feeds in the future. If we read and share quality journalism, we will also see more of it.

Some of these items are based on:

Why Was This Story Published?

Now that you have learned about the criteria for deciding which news stories to cover, take a look at these screenshots and think about the factors that made the editors decide that these stories were worthy of coverage. 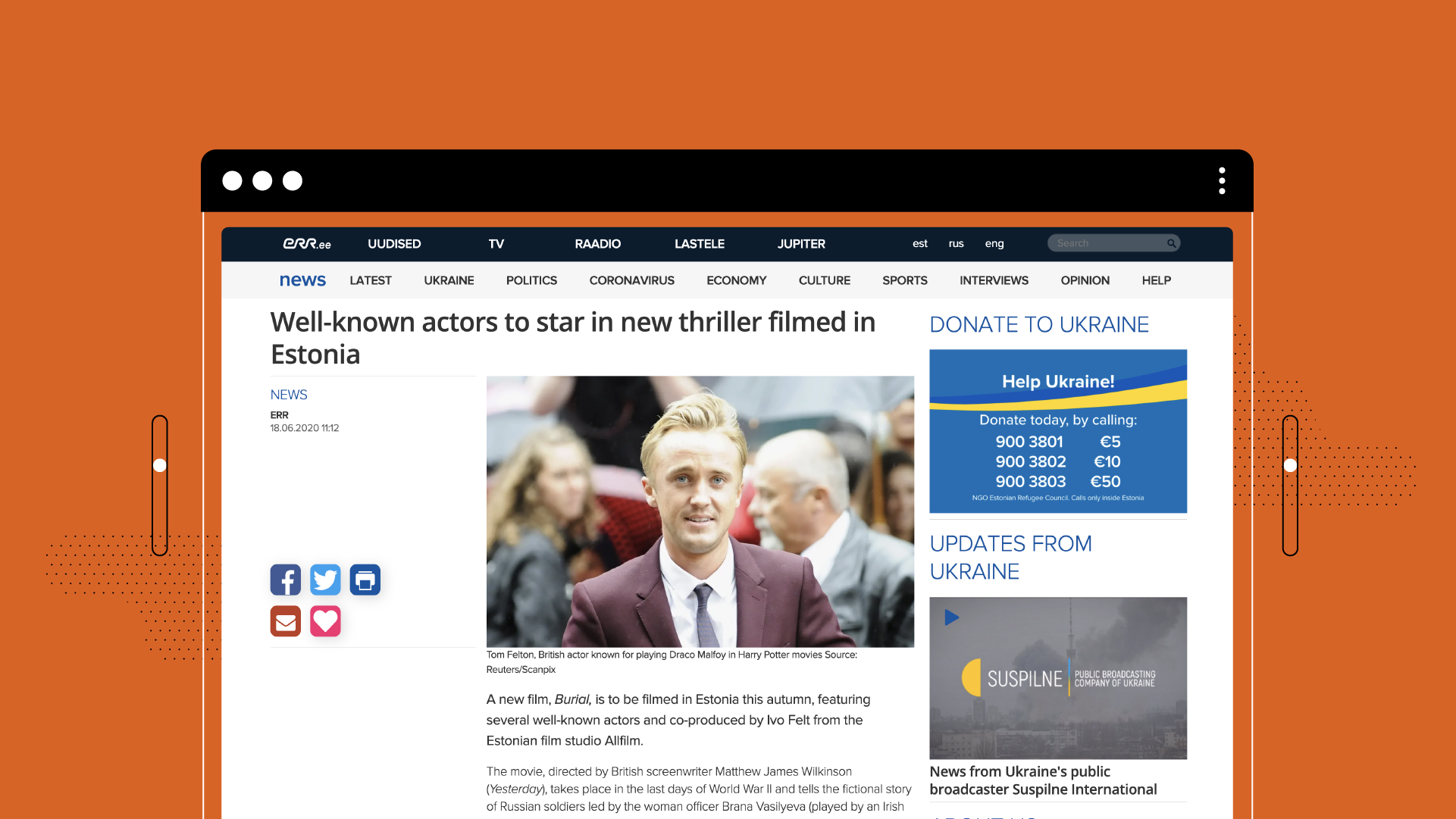 Listen to this interview if you would like to hear more about the duties and reasoning of editors and journalists. 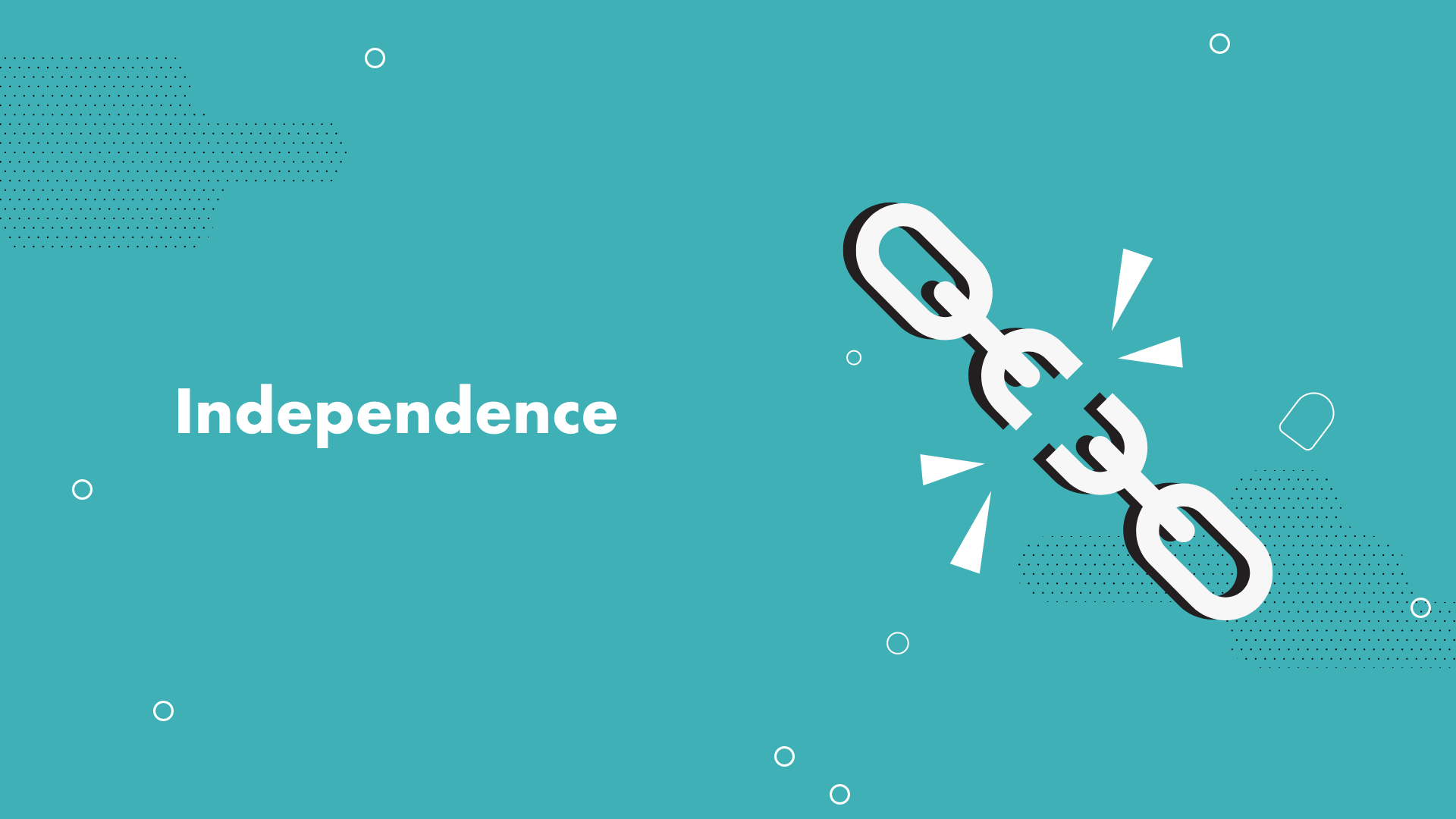 Watch this short video about 5 core values of journalism made by the Ethical Journalism Network.

Freedom of the Press

Every record has been destroyed or falsified, every book rewritten, every picture has been repainted, every statue and street building has been renamed, every date has been altered. And the process is continuing day by day and minute by minute. History has stopped. Nothing exists except an endless present in which the Party is always right.

This is how George Orwell describes the Ministry of Truth in the dystopian novel 1984. Despite its name, the Ministry does not disseminate truth. It rewrites the past to conform to the current Party doctrine and changes the record when the predictions of the supreme ruler, Big Brother, and his government turn out to be false. This way, Big Brother always appears to be right. This is George Orwell’s version of a world without freedom of the press.

According to the Merriam-Webster Dictionary, “Freedom of the press is the right of newspapers, magazines, and other media to report news without being controlled by the government.” Most countries struggle with some aspects of it, but an unbiased and independent press is a pillar of democracy. When media are weak and are under control of governments – it allows governments to act with impunity and allows corrupt or incompetent politicians to stay in power.

Baltic media are among the top 30 freest in the world, Estonia and Lithuania are even in the top 10, according to Reporters Without Borders. Every year since 2002, the organization has published their World Press Freedom Index. It is based on the organization’s assessment of countries’ records in the previous year. The organization also reports a decline in press freedom globally.

Freedom of speech in the Baltics is protected by the national law of each country.

The constitutions of the Baltic states 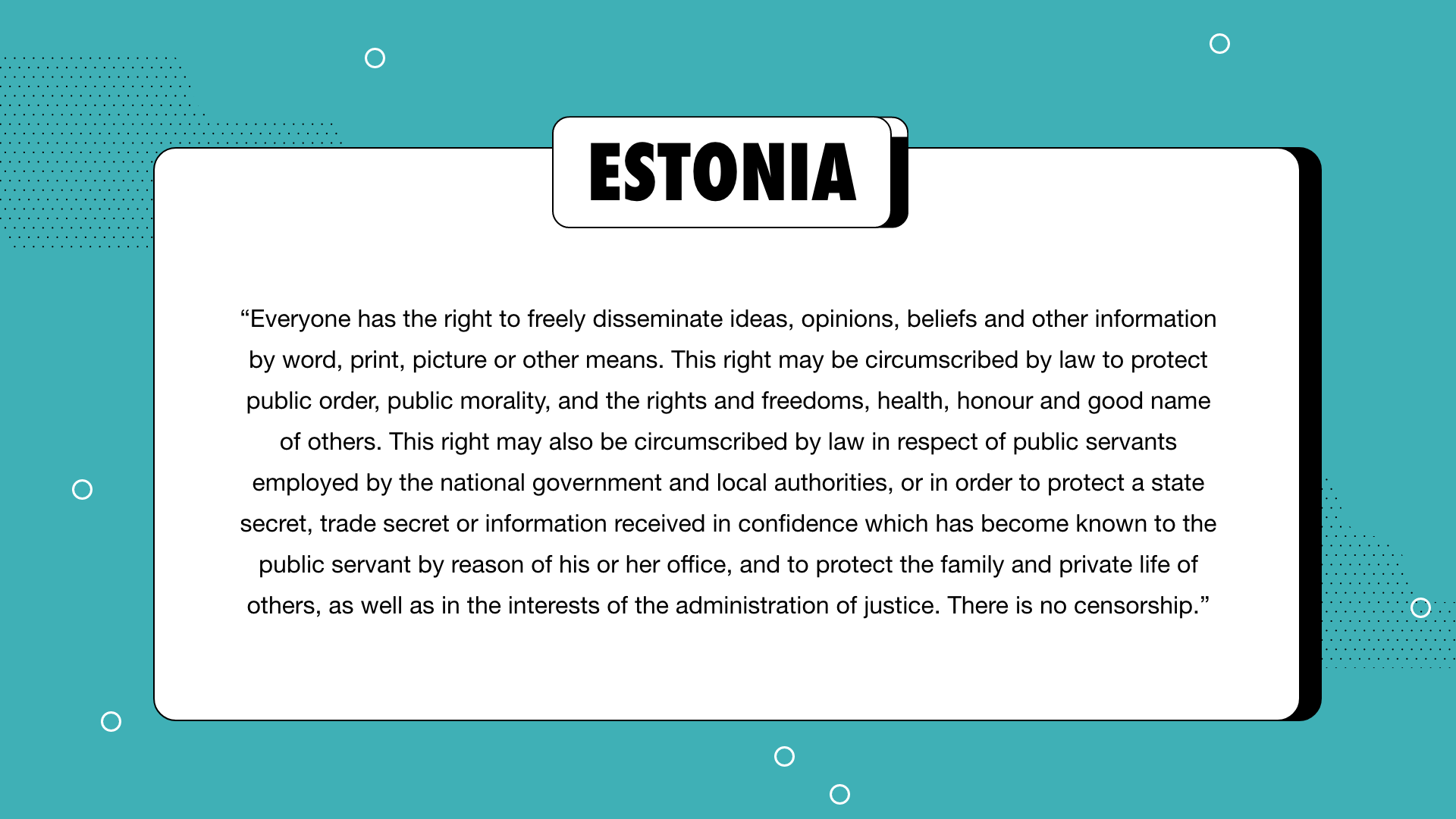 The law has few limitations on what journalists cannot write about. The profession is mostly self-regulated. It means that the standards adapted by the journalistic community dictate what is considered good, ethical journalism. Usually, these rules on journalist ethics are written by journalist organizations. Sometimes media outlets have their own codes of ethics.

You can find out more here:

Code of Ethics for the Estonian Press

Code of Ethics of The Latvian Association of Journalists

Code of Ethics in providing information to the public of Lithuania

You can read more about laws and regulations that apply to journalists here:

A lot of journalists worldwide face way more restrictions than in the Baltics. According to the Committee to Protect Journalists, a record number of journalists were jailed worldwide in 2020. Take a look at this interactive map. From 2016 to 2020, UNESCO has recorded 400 killings of journalists.

Journalism is an extremely dangerous endeavor in our neighboring countries Russia and Belarus, too. For example, in 2021 Belarus forced a commercial plane traveling from Greece to Lithuania to land in order to arrest dissident journalist, Roman Protasevich, leaving his colleagues in fear for their lives. In Russia, several media outlets have recently been declared foreign agents and have had the homes of their journalists raided by security agents, forcing some of them to flee the country. The situation became especially dire during the war in Ukraine. Several media outlets had to relocate their offices to neighboring countries. You can read more about the work of Russian journalists in 2022 in this article.